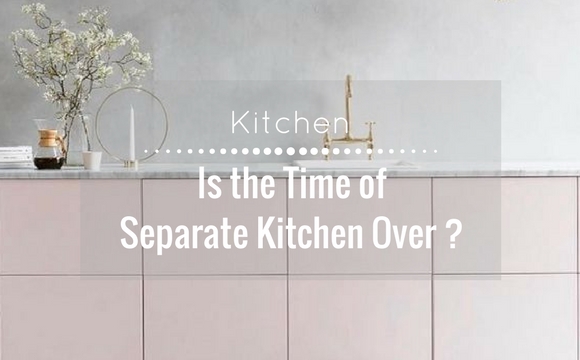 Is the time of separate kitchen over ?

Have you already felt embarrassed about preferring a separate kitchen ? Or have your friends and family opened wide eyes in astonishment when you said you were thinking about having a separated room to cook ? You can relax now. There’s nothing wrong about it even if the society is against you (it’s probably not the first time!) Separate kitchen is more uncommon than open kitchen nowadays but its era is not over yet.

We are living in a time when people break the wall between kitchen and livingroom even before opening the first moving boxes. Sometimes just because « that’s the thing to do when you’re living in the 21st century ».

Open kitchen has indeed several pros : getting a bigger living room in a small apartment, cooking while talking with the guests sitting in the living room and….well, that’s pretty much it. But again, trends are really powerful and influence by showing a picture which is not the reality.

Separate kitchen will offer something open kitchen don’t. Of course, beautiful pictures in magazines won’t say a word about it. I’m talking about real life in a kitchen : smells, messy (swearing) cooking and dirty dishes. In other words : the dark side of your home (and yourself) you really don’t want your guests to discover too soon.

It’s sometimes nice to know you are a bit hidden behind a wall.

The common idea of a separate kitchen is probably what makes it so unpopular. It’s really easy to think about the room you knew when you were a kid : a large space, covered with furniture and a big table for all the family. Meaning a huge room not adapted to modern life. 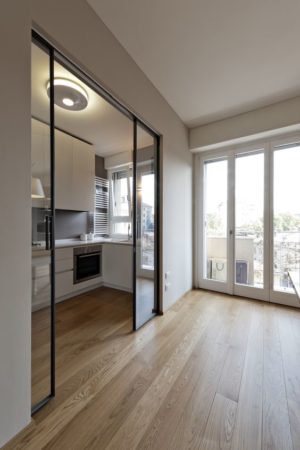 All those solutions are possible and really depends of what you are looking for. Either it’s preventing the noises, the smells or the view. Or the three of them.

The important point is to realize a separate kitchen take the volume you agree to give it. Like it’s important to keep in mind an open kitchen can take a lot of space too (circulation around a central island for example). In both case, it’s good to remember you are free to define the area you want to dedicate to your kitchen.

Your kitchen, your rules

That’s the main point for your kitchen and all your home : you set the rules. No trends or other people can tell you how you should feel when cooking (or cleaning afterwards). How your fussy cusin could understand you prefer to wait the day after a dinner to clean the dishes ? How your friends who think you are such a masterchef could guess you are so stressed at the idea of cooking in front of them ? 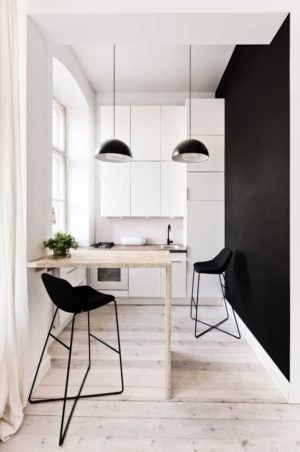 You are the one who know the situation you are comfortable with. If it happened you feel better at the idea of hidding in another room, that’s your choice. (Get help to define your choices here)

Separate or open? None.

Because our lifestyle has evolved so much during the last 20 years, New ways of thinking the kitchen appear. Some solutions to solve this dilemma of having the kitchen in the living room when you don’t want to but have no choice.

To help owners of small apartment get rid of the feeling of living in their kitchen, it’s now possible to hide it behind doors, like in a closet. With sliding doors or folding doors, sometimes playing the contrast of colors and material between the outside and the inside, the kitchen disappears when guests are around. Or in case you want a cosy feeling in your livingroom on a sunday afternoon. 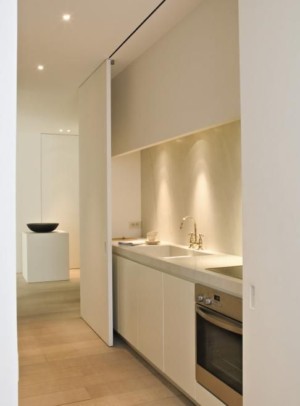 Surely more expensive and needing a bit more thinking than a basic kitchen, this solution can be really worth the effort. And, this time, would be even more trendy than a « simple » open kitchen.

Where lies your preference ?

I’ve driven a survey on my Facebook Page to know what was my readers’ choice. Open kitchen still have the preference (67% against 33%) but maybe your opinion will make a difference. You can share it in the comments below.

Do you feel you need to justify yourself when you tell people you want a separate kitchen? What is your motivation to get the kitchen in another room ? Smells, noise or cleaning ? Did you choose an open kitchen and regret it ? Comment this article and tell your story !

If you know someone who needs to read this before choosing between open and separate kitchen, you can use the Share buttons right below :) 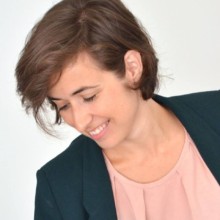 Hi! I'm Emilie and I'm talking with you from Stockholm, Sweden. I'm French, I'm interior architect and I want to share with you all the thoughts I get about this field I love. Inspiration, reflection, tips, behind the scenes, ...

If you want, you can get to know me better by reading the "Who Am I" Blogpost